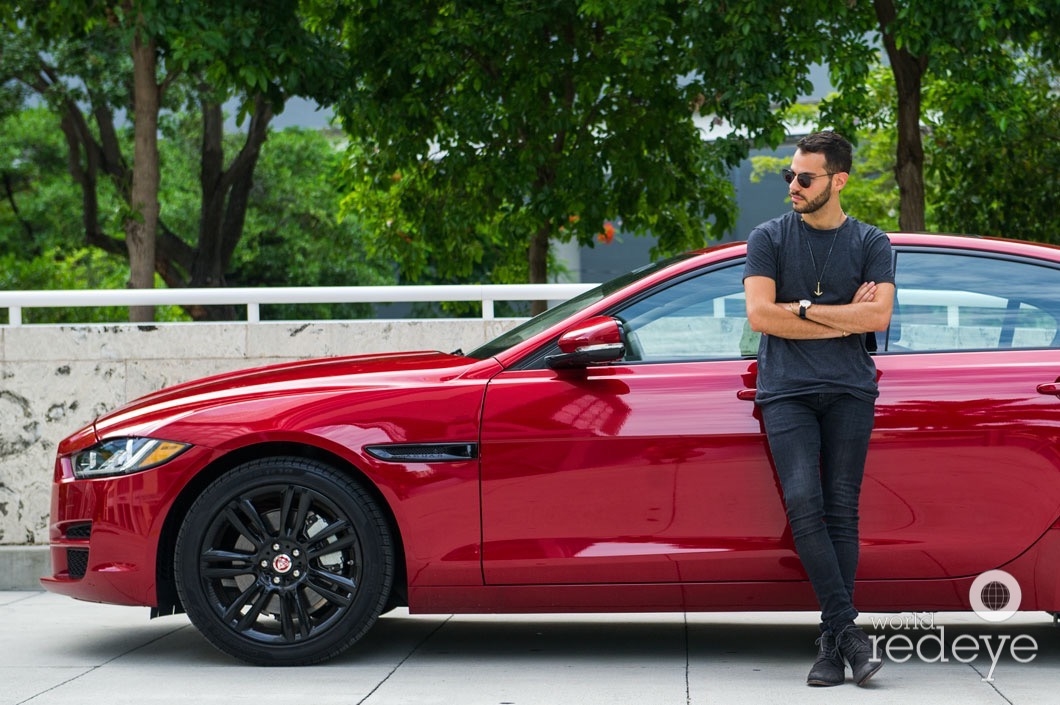 Yossi Bibas is a social media expert and the co-founder of Aura Groupe.  He joined Ugo Colombo’s THE COLLECTION in their Jag Drive 305 partnership with World Red Eye so he (and others) could experience Miami behind the wheel of the new 2017 Jaguar XE.

This world traveler considers Miami his home.  “It’s a metropolitan city with a tropical twist,” he says.  “What’s not to love!”  He welcomed the opportunity to experience Miami with the XE saying it’s changed his views of the brand.  He began his experience believing Jaguar was primarily for an older demographic, but when asked about his perception of Jaguar after driving the XE he says, “Incredible. I fell in love with the XE. It’s impeccably designed, spacious, comfortable and powerful….The Jaguar XE has everything I’d want in a car and beyond.”

He drove the XE all around Miami – from Brickell to South Beach and Fort Lauderdale – and said the most memorable characteristic of the XE was its power.  “The XE is super swift.”  His favorite technological feature was the XE’s laser Heads Up Display.  This display projects your speed – and other essential information – directly onto the windshield.

“Anyone who’s ever doubted Jaguar or perceived it to be an older generation car, think again,” Bibas advises.